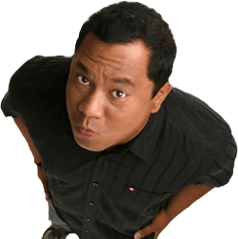 Going back to Los Angeles…and Manila too!

Yep, I was just got back from a two week trip back to Manila. Not for shows, but a new gig for MTV Philippines…yeah, that’s right…they gave me my own weekly show, called "Rex In the City". Ok, I know the title sounds corny, but that’s the only catchy title we could come up with…plus, c’mon, it’s MTV!!! I get followed by a camera crew in and around Metro Manila and engage in such topics as comedy, music videos, dating, call centers and a lot more. There’s many more episodes left to shoot, so I have to go back and finish the rest of the season around my own live gig schedule here in the States. If some of you are familiar with Ideal Minds, they’re the same TV outfit that brought you "Misadventures of Maverick & Ariel", a hilarious duo of silliness that’s now got the number show in Malaysia. So this is surely a big leap forward for me and this incredible team of producers and crew. MTV Philippines will start airing the first episode in early October there in the Philippines, so stay tuned. We haven’t talked about showing it in the States on either TFC or Pinoy TV yet, but maybe bootlegs will make it out to through your relatives. I’m sure of that.

For all you patient fans in Manila, I am returning for a full length "Badass Madapaka!" show on Sept 23rd at the SM Mega Mall Cinema 3. And yes, this will be taped live for the upcoming DVD. I wouldn’t dream of leaving my kababayans out of the next DVD. Tickets will go fast once they gone on sale. This will be co-presented by MTV Philippines, who will unveil the first episodes of my new TV series I’m doing with them. Info is on the calendar page. I think Maritess will make it to the show…at least that’s what she’s told me.

On other MTV Philippines news, I was also invited to present the Best Video of the Year at the MTV Pilipinas Awards last week at the Araneta Coliseum, alongside my buddy Michael V. The night was filled hanging out backstage with the top rockers and singers in the country. Check out the MTV Philippines website for all the action and pics…you might see me.

Back to LA…I’ll be coming out to the Pacific Media Expo at the Long Beach Convention Center this Labor Day weekend so come check out the event. It’ll be a mix of pop-culture stuff from here and Asia. Check out the link on my calendar page. Then next weekend, I’ll be doing my annual pilgrimage to FPAC in San Pedro on Sunday the 11th. It’s free for everyone, so please come out and support this great non-profit event that attracts thousands of Pinoys throughout the SoCal area.

"Badass Madapaka" is coming to the Wiltern LG in Los Angeles on October 22nd. This is a Live DVD taping. This will be the first time I’m ever taping in front of a SoCal crowd and I want you to be part of it with me. Ron Josol is coming on-board again to open the show, all the way from Toronto. All the info is on the calendar page. Get your tickets soon, because seats are going pretty fast from last I heard. I hope to finish the DVD in time for a pre-Christmas release.

See you in LA or Manila,
Rexy 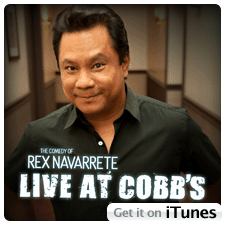 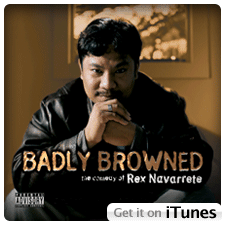 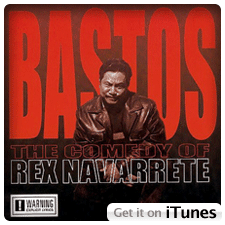